I'm so happy that I'm finally getting into the mid second trimester. Pregnant moms are always a nervous wreck during the first trimester and it's always a sigh of relief when you make it past the 12/13 weeks mark.

We found out around 13.5 weeks that I have Placenta Previa. Luckily, in my case, since they caught it early, my midwives are very optimistic that it will move out of the way and I will get to have my second home birth. Until then, I'm on what they call, "light rest". I can't pick up anything over 15 pounds. (They have got to be crazy to think I can't pick up my daughter for  8 weeks at least) I'm not allowed to walk around a lot and I have to take it easy. It makes it hard to take Emery anywhere by myself, so usually Mike has been accompanying us to the grocery store or errands and he has been the one chasing after her when we go out to events.

I'll be on this at least until 20 weeks when we go in to find out if it has moved or not. 80% of women's placentas usually move by then, so I'm giving it to God and not worrying until 36 weeks, when it's the deciding factor of what needs to be done.

I do have to say though, as much as anyone can tell me a c-section isn't a big deal, it is. It's a very big deal to me and I would really hate to go through a major surgery, so we are praying it moves and everything goes as planned.

I'm feeling pretty good though. I'm not sick that much anymore and I'm starting to get a little bit of energy back (not enough though).

I also feel a lot of movement! That has been the best part of it all. With E, I first felt a kick or two at the end of 18 weeks and this time I started feeling flutters at the end of 13 weeks. It's really crazy how different second pregnancies are. 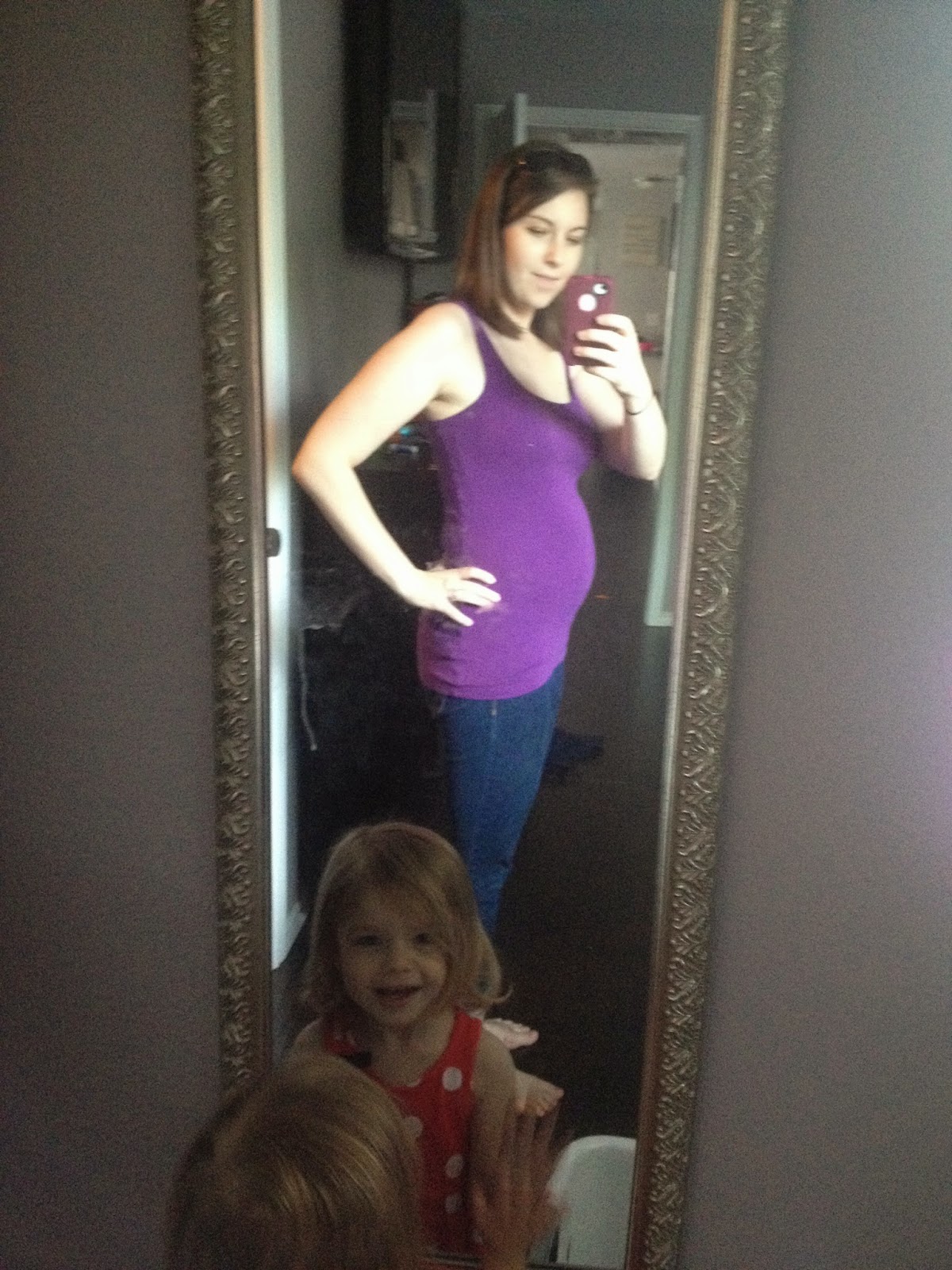 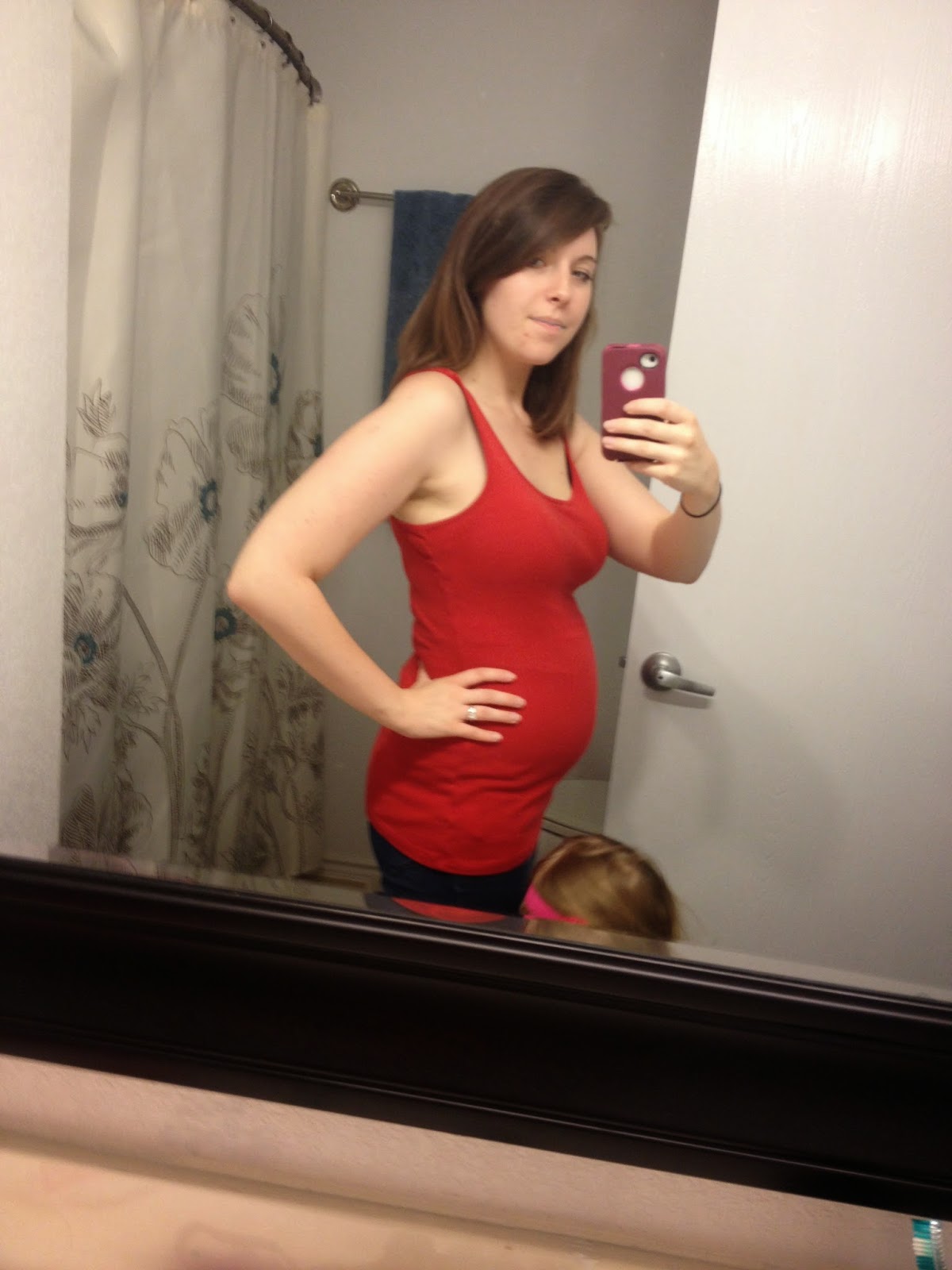 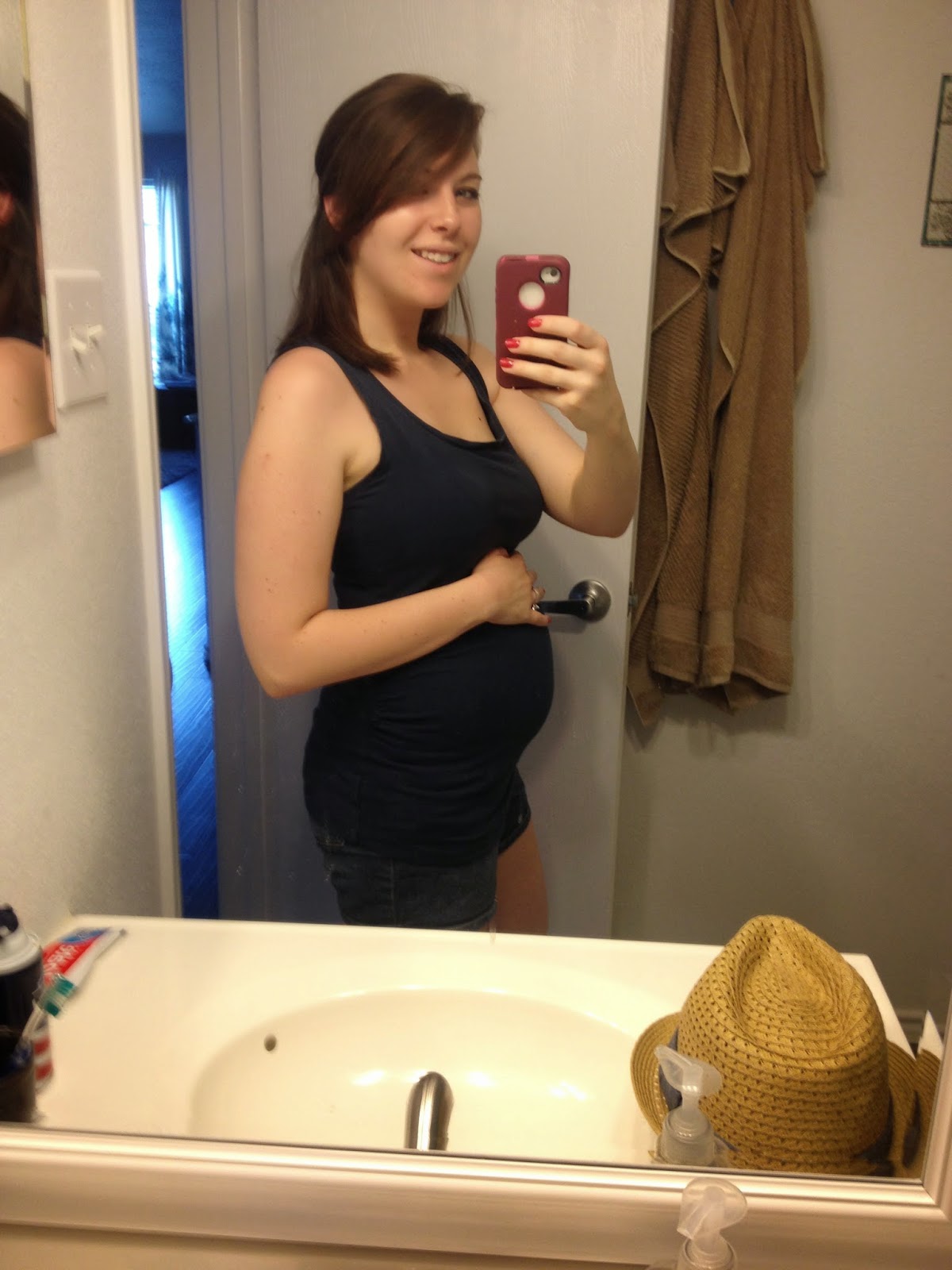 Of course I don't think E quite understands what is going on, but she does talk about the baby in my belly and tells me all the time how she is going to snuggle it.

We have been trying to do a lot of fun things with her lately, especially since I can't do much by ourselves. I got to okay to go walk around a museum and we ventured to Dallas to what E calls it, "The Dinasour Park" aka the Perot Museum. She had a blast and cried when we told her it was time to leave. 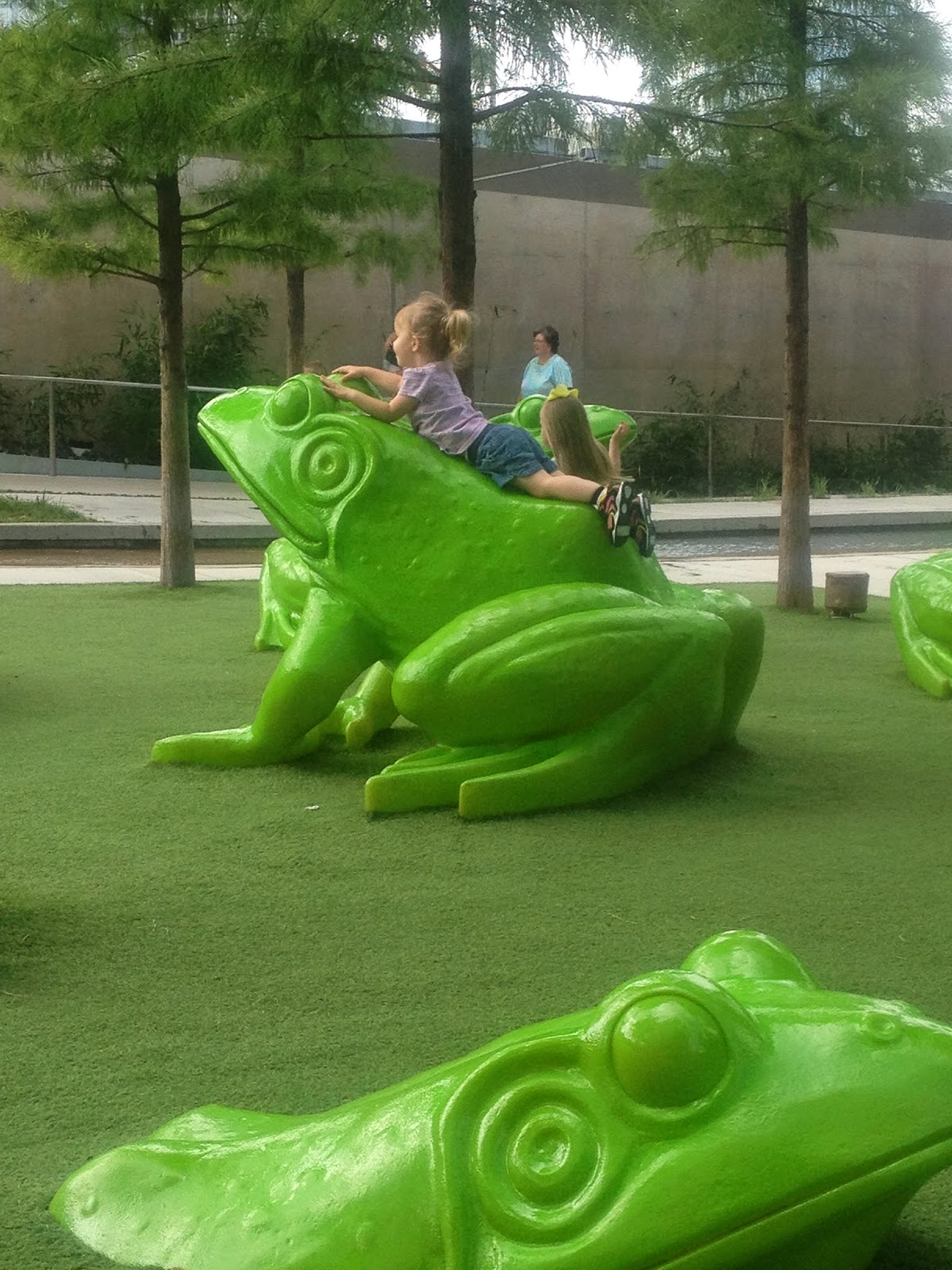 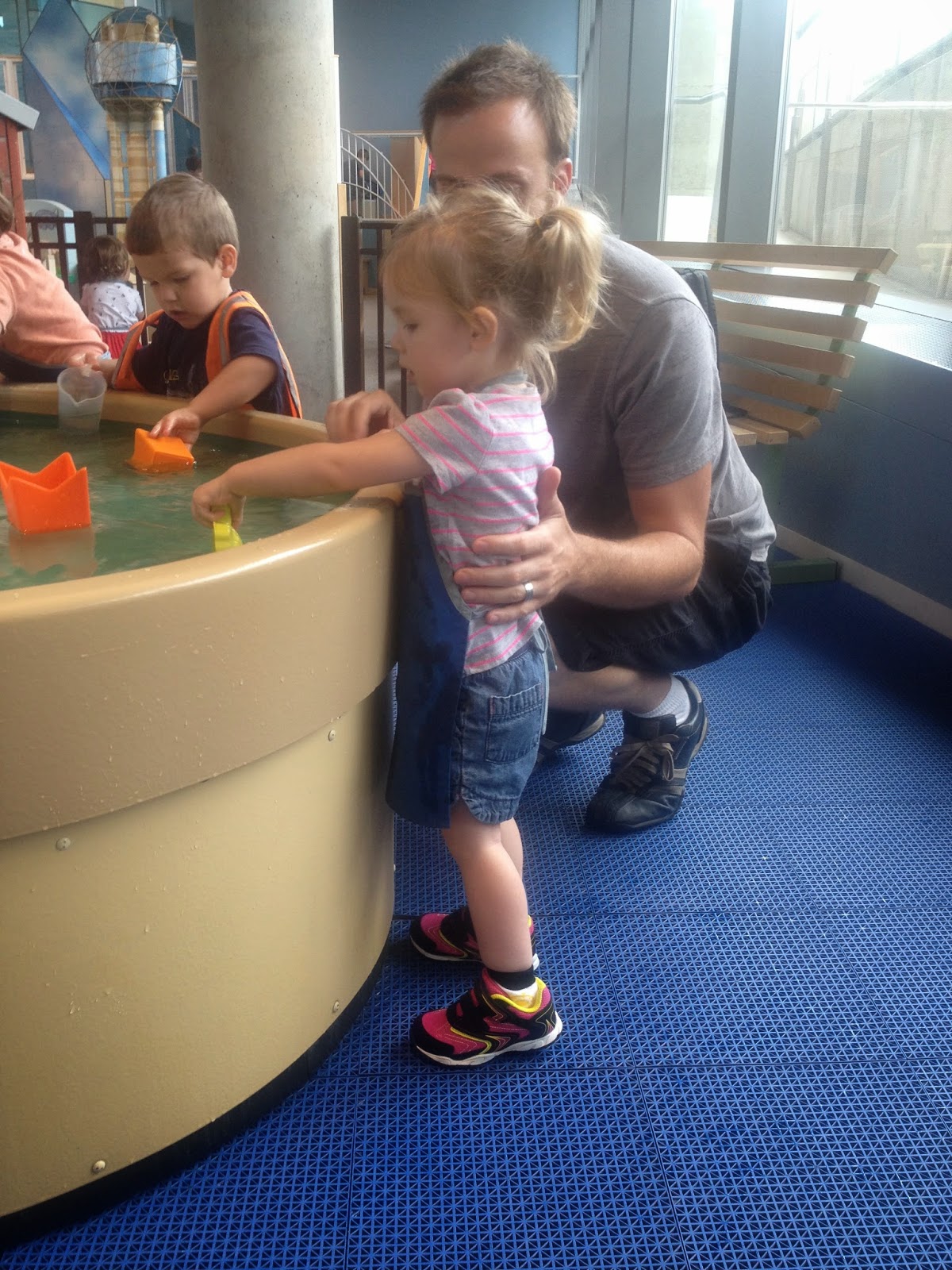 She is such a ham. She is constantly making us smile and being silly. Her favorite book right now is a book I gave Mike before we had her all about the baby through pregnancy and the first year. She loves looking at the pictures and pointing out the babies. 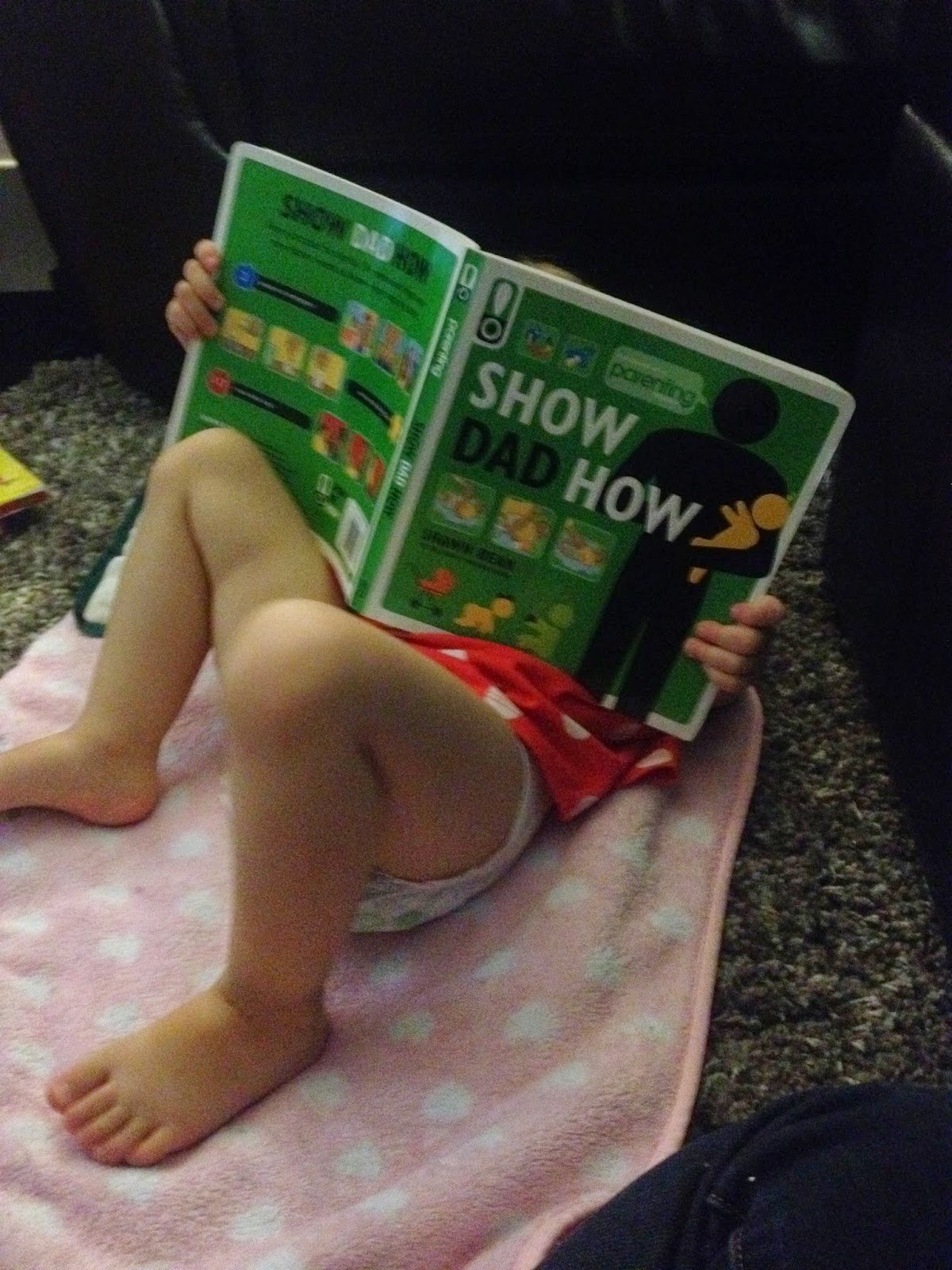 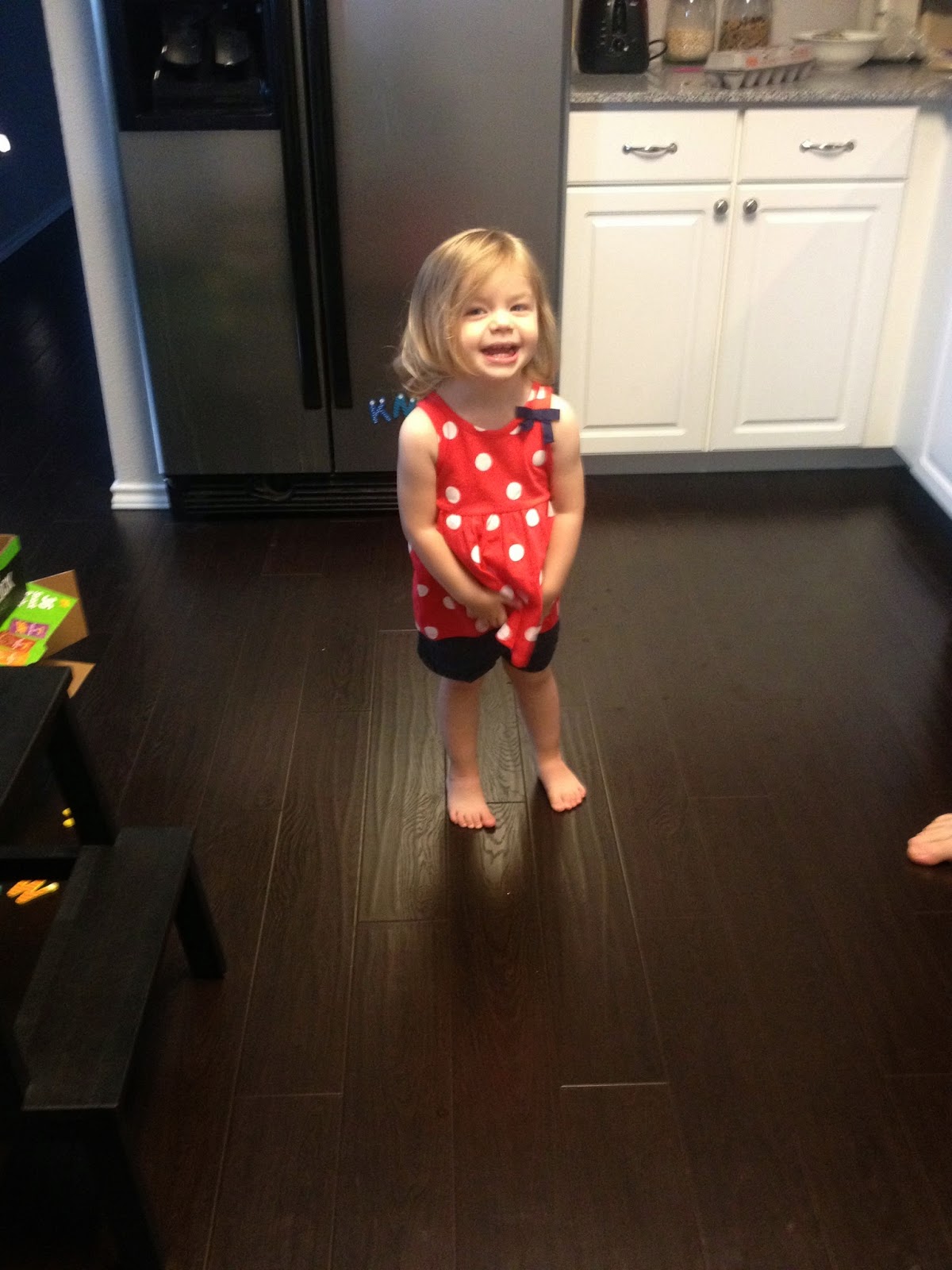 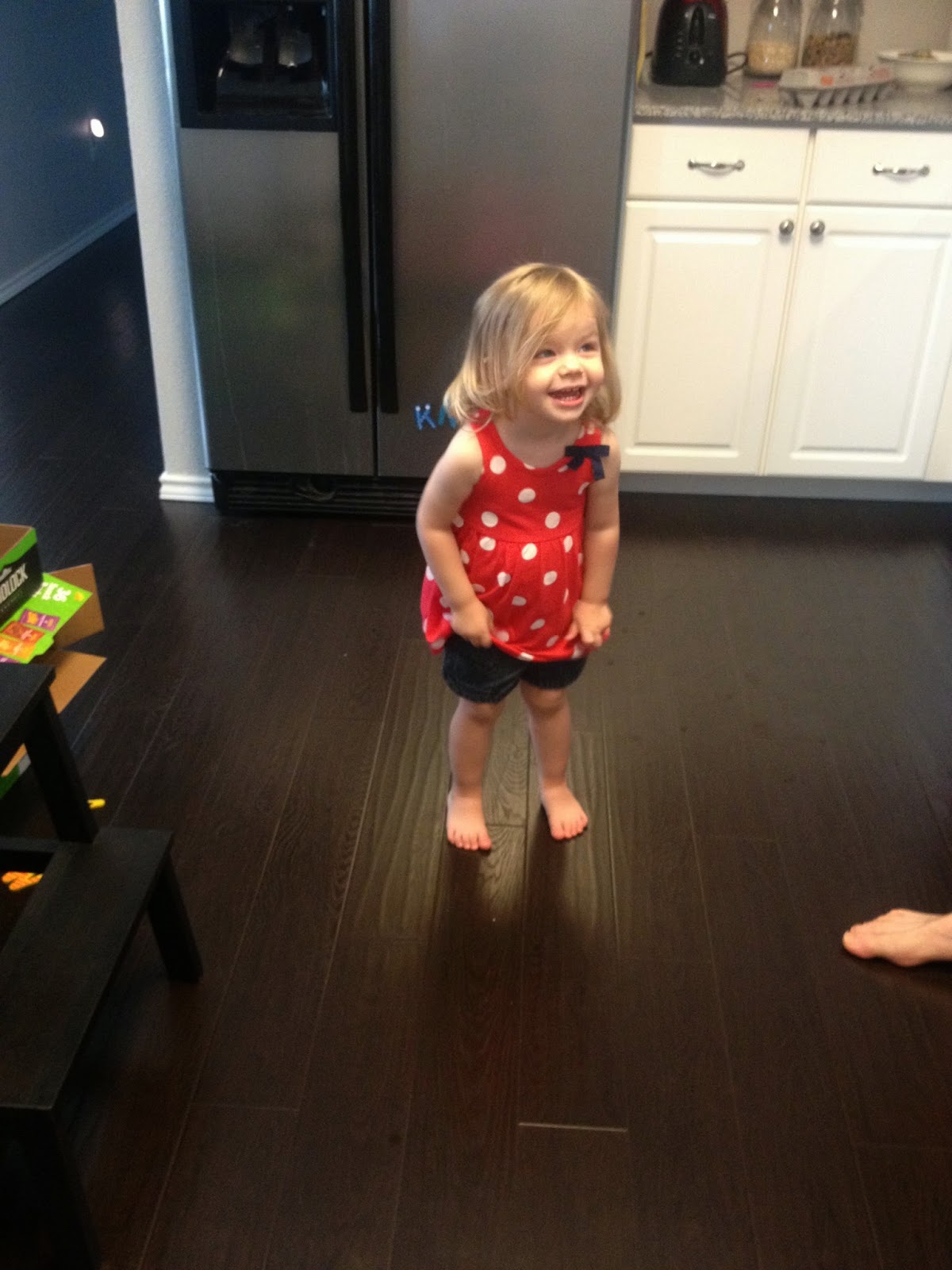 She had her first 4th of July experience. We thought she was too little the last two years, so we met with our friends at church and she had a lot of fun... 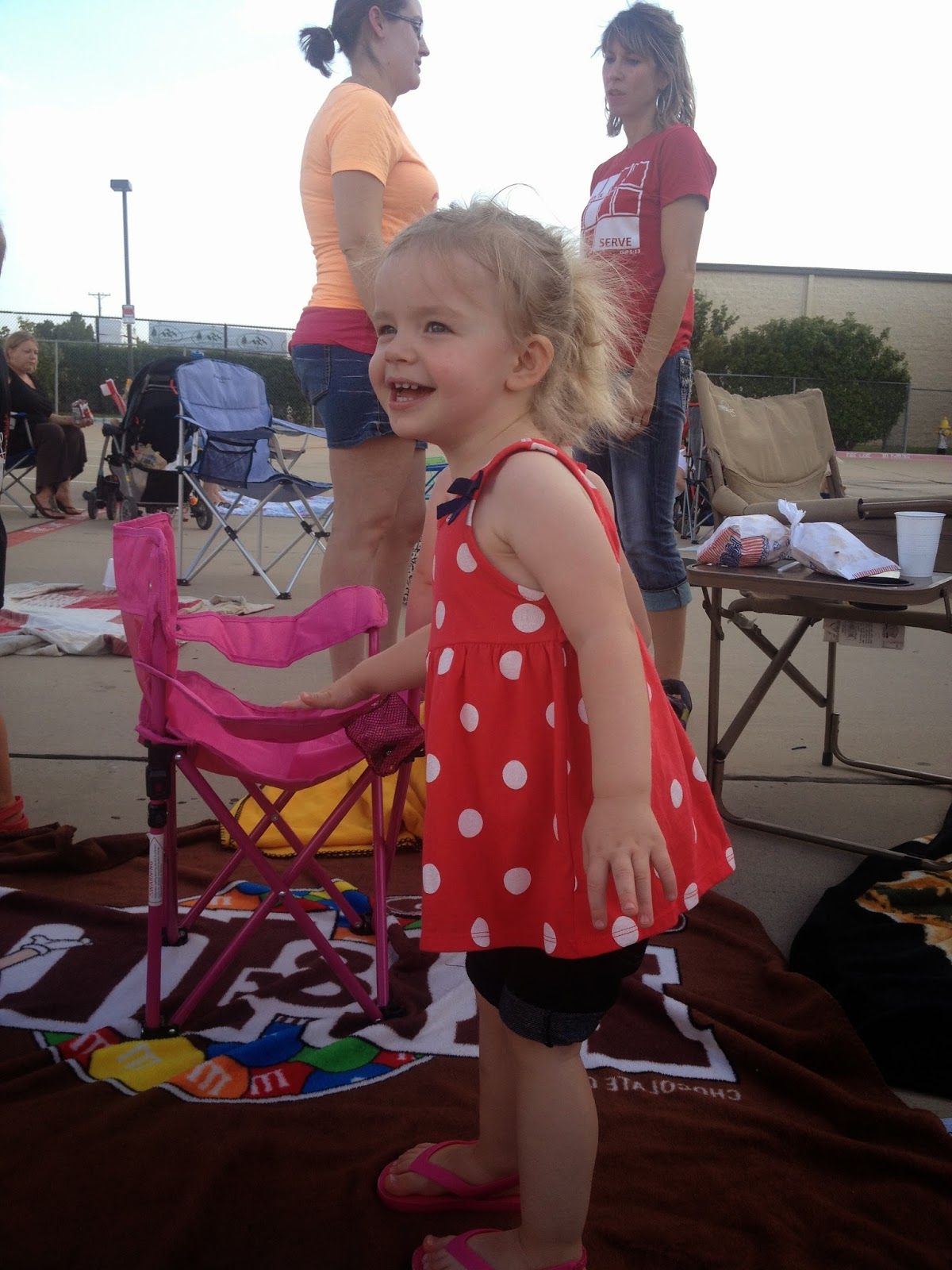 Until the fireworks started... 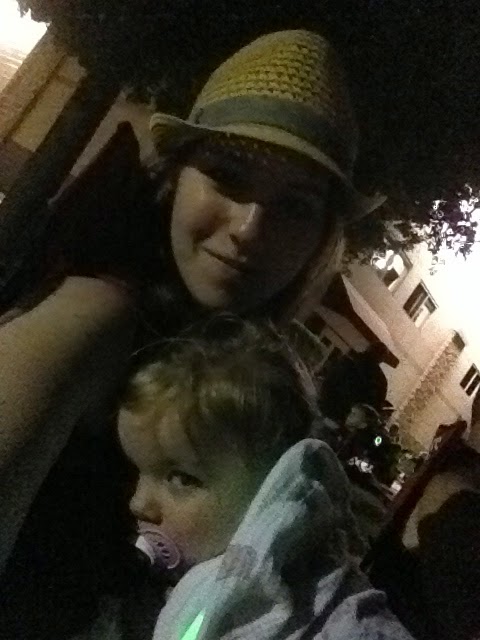 The look on her face says it all.

E loves the move Frozen now. Mostly, she loves the music. We didn't want her to get used to seeing the movie all the time, so we only play it on special occasions, but we let her listen to the music every day! She knows all the words and now thinks she is a princess.

We went from loving Thomas the Train one week, to be completely obsessed with Disney castles and princess the next. I absolutely love it! She's still a tomboy though, loving her trains and dinasours especially right now.

I hope the next time I post I'll be updating with what sex Baby Hulk is. M and I are thinking it's a boy this time, but we will see at the end of the month!

Jill
Reformed wild child. Stay at home mom and housewife, with a whole lot of spunk still in her.